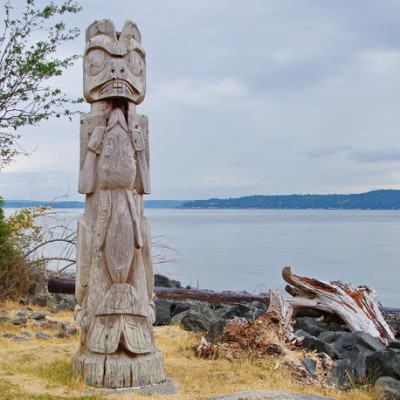 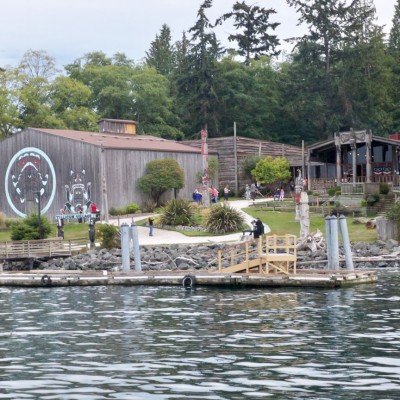 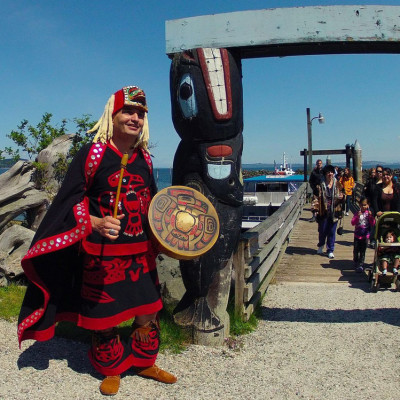 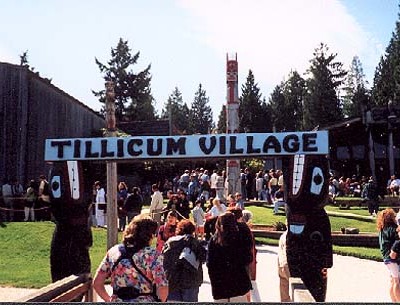 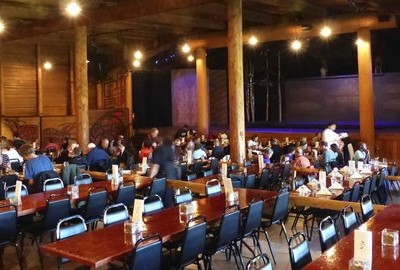 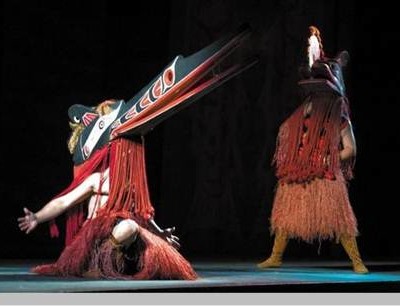 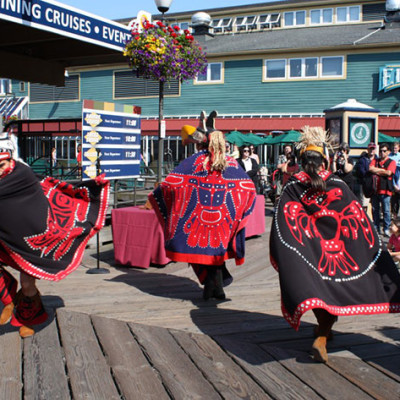 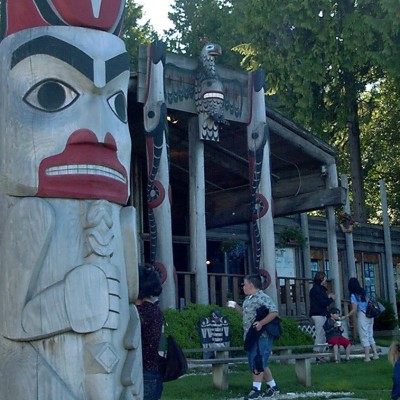 The State Park is located on Blake Island just 8 miles from Seattle where tourist and locals alike share in the opportunity to learn more about the Native American culture at Tillicum Village. Experience the culture with a 30 minute show exhibiting Native American song and dance while enjoying the Chinook Salmon Buffet. The Coast Salish Tribes are often referred to as Lushootseed Peoples which is derived from the words meaning “salt water and language” probably because this was the common language spoke throughout the area.

Since the Coast Salish people are a people of the sea, food (fish) has always been literally at their feet thus allowing for much spare time. Much of what they spent this excess time on included art, dance and storytelling which became an essential component of Salish life. Another surplus item included cedar which is great for canoes, housing and carvings as well. Wandering the grounds of the state park will allow for an opportunity to see many of its artistic features including a 150 year old totem pole.